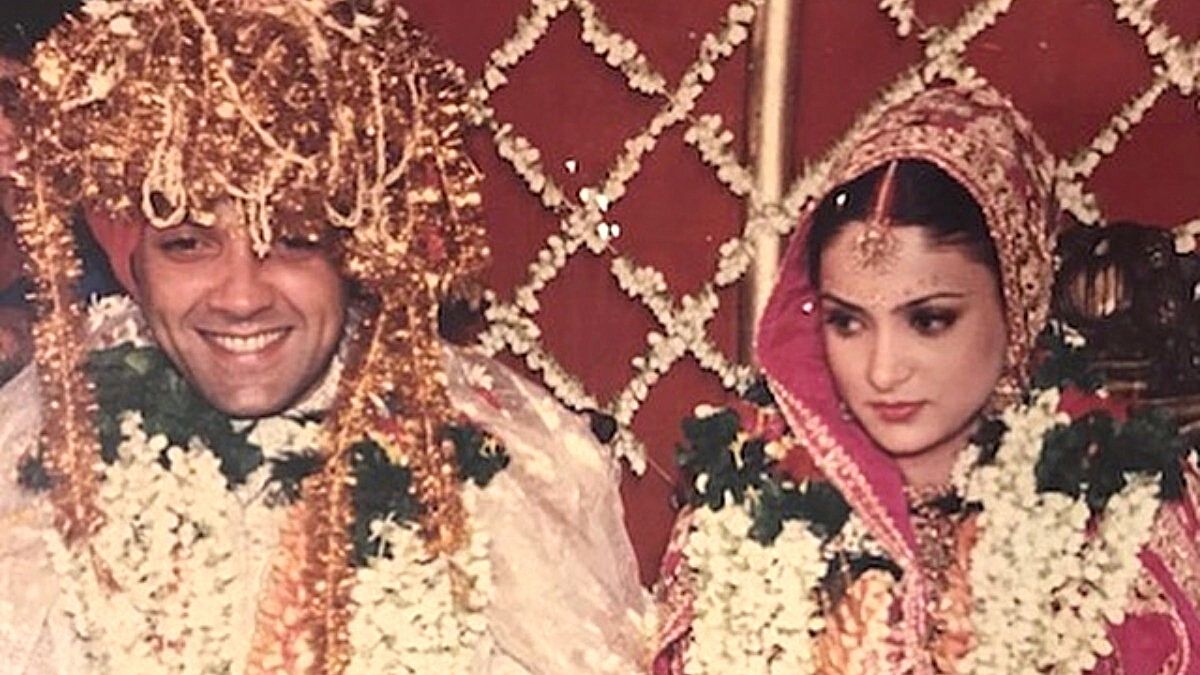 Bollywood actor, Bobby Deol celebrated his 25th wedding anniversary on this Sunday with his beautiful wife Tanya Deol. In 1996, they got married. Today, he shared an unseen throwback picture from his wedding.

The ‘Soldier’ actor through his Instagram handle shared some precious memories and wrote a love as the caption of the post for his wife.

“My heart, my soul. you mean the world to me. Love you forever and ever. Happy 25th anniversary” he wrote with a heart emoji.

Bobby has posted some candid pictures. It felt like a time capsule where at first we can see them as a couple before their marriage and then as a newly married couple, and finally as a mature couple who have maintained their relationship with dignity and love for all these years.

Have a look on these beautiful pictures:

These posts not just only catched so many fan’s eyes but also made many celebrities respond to the post.

Actor Chandan Roy Sanyal, who had worked with him in ‘Aashram’, reacted to his post. He wrote ‘Shubhkamnayein’. Even singer Arjun Kanungo reacted and wished him by saying, ‘Happy Anniversary’.

Check out some more pictures of this couple:

Bobby Deol is the second son of actor Dharmendra with his first wife, Parkash Kaur.

Bobby Deol, he was last seen in shows like Netflix film Class of ’83’ and the MX Player show ‘Aashram’, and ‘Penthouse’ and ‘Love Hostel’ .