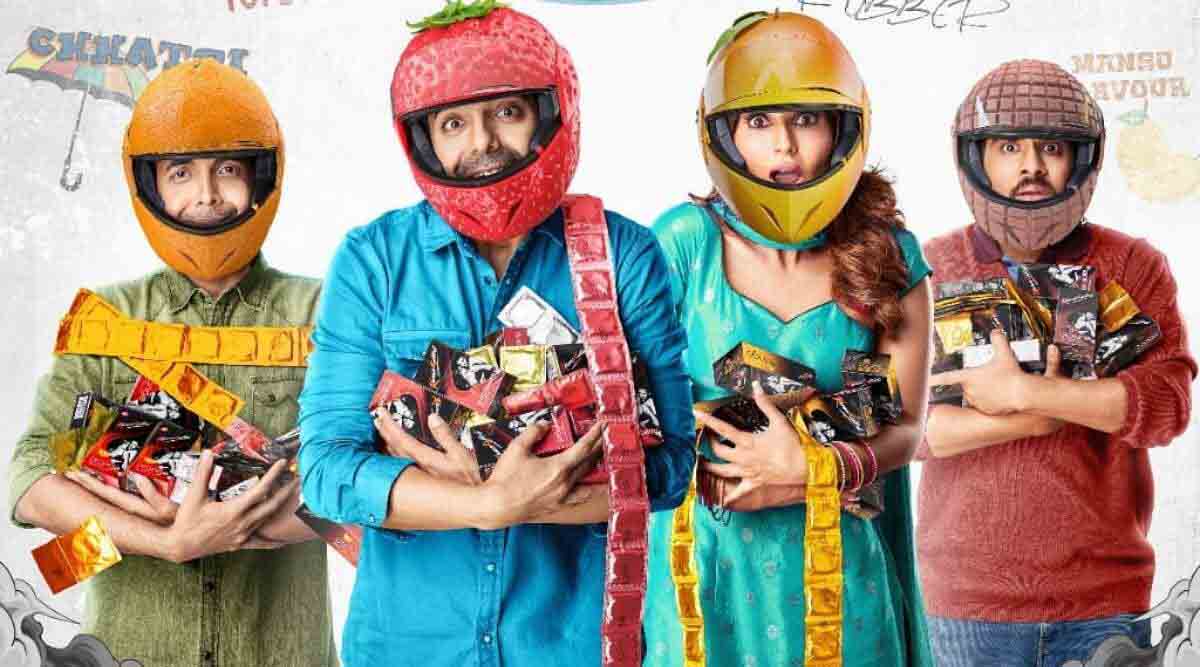 It builds a comedy around the embarrassment around buying condoms, which is partly true in India, and could make for a comic subplot, but a gag or two cannot be stretched over a whole film, which, even at a brisk 110 minutes seems too long.

Set in the fictional North Indian town of Rajnagar (shot in Varanasi), Helmet (streaming on Zee5) is the kind of socially-conscious film that came to be associated with Ayushmann Khurrana, whose brother Aparshakti Khurana stars in this one and fails to spark up a dud. It tries too hard to be funny with characters constantly exchanging punch lines; it grates when it is overdone and used to cover up for the lack of a convincing plot.

Lucky, a singer in a wedding band, is in love with rich girl Rupali (Pranutan Bahl), whose father (Ashish Vidyarthi) objects to his meagre income and wants her to marry a wealthy NRI instead of an under-educated orphan with no prospects. Lucky needs to make money quick, his poultry farmer buddy Sultan (Abhishek Banerjee) has to pay off a loan shark, Bunty (Sharib Hashmi) in a hurry, and the third, Minus (Ashish Verma), is there just so that his hearing impairment can be mocked (Iske Kanpur mein curfew laga rehta hai).

Lucky gets the bright idea of stealing mobiles from a truck, only when the cartons are opened, they contain condoms. If everybody in the vicinity of Rajnagar behaves as if they never heard of ‘Nirodh’, even though a pack is prominently displayed at the medical shop, where was the truck taking such a large consignment? And if the shop owner complains that he is saddled with unsold stock, why does he make it so difficult for a buyer, who clearly points to a packet? How come a woman can publicly berate her husband for her repeated pregnancies, but not discuss the issue at home?

Anyway Lucky and Co—which includes Rupali—discover that everybody wants condoms but they don’t have the courage to go to the drugstore and ask for a packet. In 2021, they don’t know about online sales and have no self-service supermarkets in what looks like a bustling town?

While it is true that birth control invariably—and unfairly– turns out to be the responsibility of women, the film teeters between crass and preachy; the story runs out of steam very soon and trudges towards an unconvincing climax.

Amidst the bunch of competent actors doing their parts as best as they can, the portrayal of Rupali is refreshing—she is not made to dress in skimpy, western clothes to show her boldness—she is smart, articulate and not in the least coy, even though her choice of partner may be considered questionable.