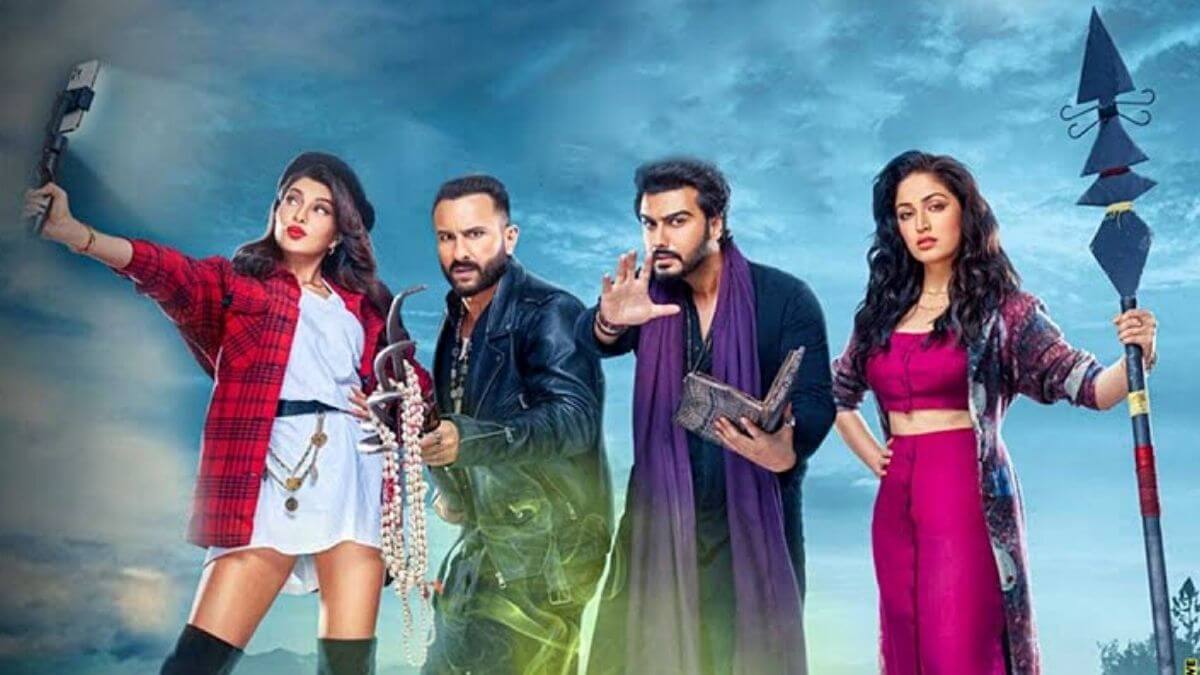 The son of a tantric does not believe in the mumbo-jumbo that he peddles to gullible people; his brother solemnly hugs his father’s mantra book to his chest, believing in its powers. There was a germ of an original idea in Pavan Kirpalani’s Bhoot Police (steaming on Disney+ Hotstar) and it was somewhat reinforced by the ghost-busting brothers’ first case on screen.

Vibhooti (Saif Ali Khan) and Chiraunji (Arjun Kapoor), carry on their father Ullat Baba’s legacy, travelling around in a large truck crammed with spooky bric-a-brac, to wherever they are summoned to fight evil spirits. Vibhooti—and the viewer—is amused to find that a young girl supposedly possessed by her grandfather’s spirit is found to be acting, to avoid a forced marriage. The brothers conspire with her to exorcise the phoney spirit, and depart with a fat fee.

Had the film stayed on this subversive path, it might have made a change from the usual formulaic horror movies that Hindi throws up sporadically, with their creaky bhoot pret plots. But this cheekiness does not last too long. The brothers are asked to come to a picturesque tea estate in Dharamshala, where 27 years ago, their father had gotten rid of a destructive Kichkandi. The malevolent spirit is back terrorizing the tea estate workers and their absenteeism threatens to shut down the place, owned by sisters Maya (Yami Gautam) and Kanika (Jacqueline Fernandez).

Maya is a believer in the occult, while the London-returned sister is a sceptic. Luckily, there is no romance and no song-and-dance, till the end credits. The film, however, does quickly lose all semblance of wit, and falls right into the cliché pit.

One does not expect a typical horror-comedy to make a point against superstition or stupidity, but to give Kirpalani some credit, there is a sequence explaining how frightened people can easily be fooled with a few simple tricks.

It is left to Khan and Kapoor to enliven the proceedings with their bickering, and there’s a too-brief cameo by Jaaved Jaaferi as a cop hot on their heels of the conmen; they do their best, but it’s not an easy task to beat such dreariness. The two male leads speak in a rustic lingo (Pleej, ij), but because they are stars, they are allotted a rather stylishly grungy wardrobe.