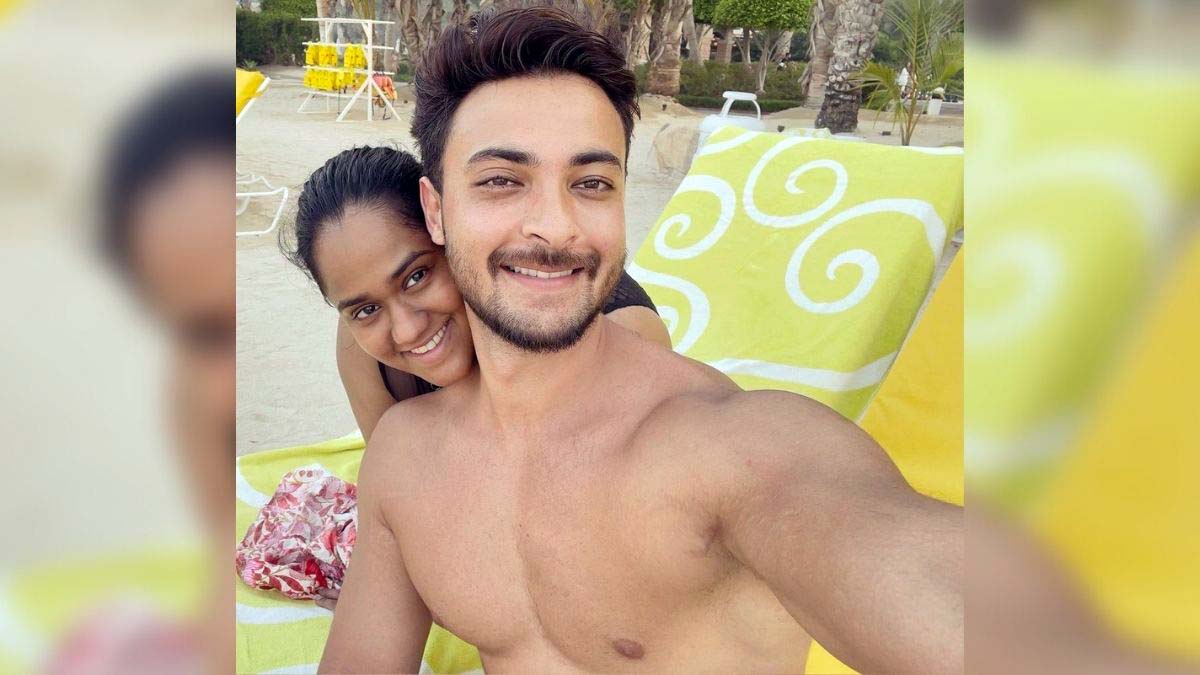 Bollywood’s superstar Salman Khan’s younger sister Arpita Khan Sharma is extremely blissful in her married life. Arpita Khan Sharma is active on social media by sharing pictures and videos with fans. Recently, Arpita shared a romantic photo on Instagram taking selfie with actor-husband Aayush Sharma and explained what ‘a great marriage’ is all about.

The key takeaway of the post is the cute caption which reads, “A great marriage is not when a ‘Perfect Couple’ comes together. It is when a imperfect couple learns to enjoy their differences. Love & only love for my main man @aaysharma” followed by heart emoji.

Meanwhile, Aayush Sharma started his career with 2018 romantic drama film Loveyatri after marrying Arpita. Aayush will be seen soon in Mahesh Manjrekar’s action thriller film Antim: The Final Truth. Films is produced by Salman Khan under the banner of Salman Khan Films. The film is based on the 2018 Marathi film Mulshi Pattern.

On the other hand, designer Arpita Khan was Coronavirus positive and later got completely recovered. Salman Khan shared this news during a convention related to the release of Radhe.