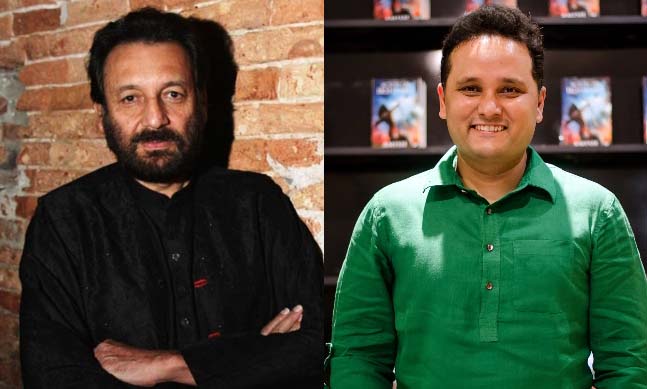 Twitter seems to be the new place to discuss business. Filmmaker Shekhar Kapur and author Amish Tripathi recently hinted towards a possible collaboration to adapt the latter’s best-selling Ram Chandra series of novels.

The Masoom directed responding to a twitter user’s request to make a film trilogy based on Tripathi’s Ramayana novels, tweeted, “If @authoramish agreed, I would happily do so.”

If @authoramish agreed, I would happily do so

Author Amish Tripathi, who has the Shiva Trilogy and the recent Legend of Suheldev to his credit, promptly replied to Kapur’s tweet, with, “Let the discussions begin!”

Even though the interactions on social media more often than not do not mean much in real life but this twitter interaction has gone viral and has already gotten fans excited about the development.

Ram Chandra trilogy consists of three novels, Scion of Ikshvaku, Sita: Warrior of Mithila and Raavan: Enemy of Aryavarta. Amish retells Valmiki’s epic poem Ramayana, which narrates the journey of Rama, the legendary king who is considered one of Lord Vishnu’s incarnations.

Apart from Tripathi and Shekhar, filmmaker Anubhav Sinha and Bollywood star Taapsee Pannu also stirred some excitement on Twitter recently, by discussing about the Thappad actress playing the lead in Sinha’s upcoming film which will focus on caste disparity in the Indian society.